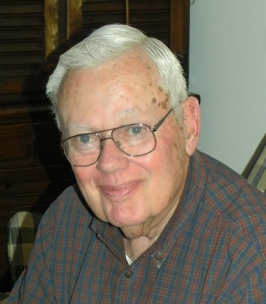 Born James Kevin Zachary on July 26, 1934, in Crawfordsville, he was the son of the late Jesse and Elsa (Allen) Zachary. He spent his formative years in Crawfordsville and graduated from Crawfordsville High School with the class of 1952. He went on to attend Wabash College, graduating in 1956.

On June 5, 1955, Kevin was married to Charlotte Slazas. To their union, three children, eight grandchildren and six great-grandchildren were born. The pair shared many happy memories and were planning to celebrate their 66th anniversary in June. Charlotte preceded Kevin in passing on May 11, 2021.

Professionally, Kevin worked for R.R. Donnelley and Sons for many years. He started there in 1959 and dedicated many years before retiring. He later worked for Bertsch vending in Warsaw and dedicated countless hours to First United Methodist Church where he was a member for more than 62 years. He served the church in many ways – as a Sunday School leader, as a member of the Chancel Choir, in many leadership positions and helped found the Community Closet where he spent hours volunteering.

He also served the Warsaw community in various ways as a fifty-year member of Kiwanis and of the Masonic Lodge. He was also member of the Mizpah Shrine and the Jaycees; volunteered time with Warsaw Biblical Gardens, Cardinal Services, Junior Achievement, American Cancer Society, United Way and Warsaw Chamber of Commerce and was a board member for Mutual Federal Bank, Kosciusko County Community Foundation and Kosciusko Community Hospital. Kevin was named “Man of the Year” by the Chamber of Commerce in 1989.

Though he was dedicated to his profession and the community he loved, his greatest position in life was that of husband and family-man. He loved time spent with his family and adored his wife. He loved to travel, taking the family on many vacations and spontaneous road trips and traveling extensively with Charlotte later.

Memorial gifts may be given to First United Methodist Church, 179 South Indiana Street, Warsaw, IN 46580. Condolences may be left for the family at www.TitusFuneralHome.com

To order memorial trees or send flowers to the family in memory of Kevin Zachary, please visit our flower store.