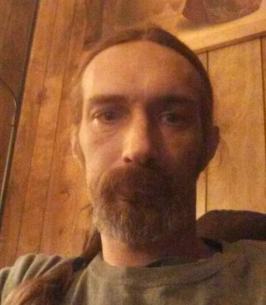 Born in Prestonsburg, KY on February 20, 1977, James was the son of James Curtis Collins and Louvada “Lou” (Rose) Collins. His family moved to Kosciusko County when James was an infant; he grew up in the Sidney area and was a graduate of Whitko High School. While in school, James was involved in football, drama, marching band, and was a decorated wrestler.

James was mechanically minded and could fix most anything from an early age. He was also a patriot at heart and, though he’d always felt a calling to serve our country, volunteered for military service shortly after September 11, 2001. He was a natural fit as a soldier and served honorably in an Army Ranger unit – his family was immensely proud of him for his service.

Those who survive with great pride, loving memories and broken hearts include his parents, James Curtis Collins and Lou Collins of Warsaw; wife of 14 years, Jessie Moore; brothers, Richard W. Greene (Kathy) of Liberty Mills and Johnny Ray Greene (Marge) of Warsaw; sister, Jenny Lou Fowler of Warsaw and his twin brother, Curtis Brian Collins of Warsaw. Numerous nieces and nephews also survive, many of whom James was close with. He was preceded in passing by sisters, Tammy Sue Fitzpatrick and Barbara Ann Bell and their grandparents.

Memorials may be given to Titus Funeral Home to help with final expenses. Written condolences may be left for the family at www.TitusFuneralHome.com
To order memorial trees or send flowers to the family in memory of James Collins, please visit our flower store.