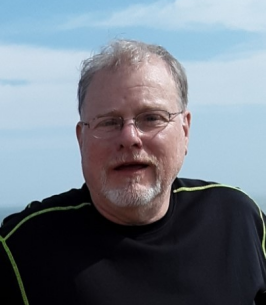 James Vincent Calhoun, age 58 of Warsaw, passed away at home on Tuesday, June 15, 2021 just after 10 a.m. His passing was unexpected and leaves his family broken hearted.

Born on August 10, 1962, in Columbia City, “Jim,” as most knew him, was born to Betty Lewis. He was loved and adopted by his parents, Woodrow and Anna Ray (Blair) Calhoun. Jim spent his formative years in the Pierceton area, graduating from Whitko High School with the class of 1981.

After High School, he went on to serve in the United States Navy. Jim was a hard worker and a dedicated employee, spending more than twenty-seven years with Akzo Nobel. He retired in April of this year. Personally, Jim was fun-loving and liked to laugh. He enjoyed travel with his wife and loved spending time with her and their friends. He liked woodworking, fishing and gardening. He also enjoyed country music and live music of all kinds. He was especially excited to have seen REO Speedwagon and Sugarland in concert.

On June 24, 2002, Jim was united in marriage to Katrina (Koldyke) Zolman. They were planning to celebrate their 19th anniversary together before his Tuesday morning passing; Katrina Calhoun survives in Warsaw. Also surviving are his four siblings – sisters: Cindy Lewis of Sidney; Theresa Wilson of Warsaw and Deb (Richard) Kemper of North Webster and brother, Mark (Marie) Lewis of Tennessee; several nieces and nephews and several brothers and sisters-in-law. He was preceded in passing by his parents; two sisters: Barbara Stewart and Martha Prater and a stepson, Robert Lee Zolman.

A Life Celebration® is planned with Titus Funeral Home of 2000 East Sheridan Street, Warsaw where friends may gather on Friday, June 18 beginning at Noon. The funeral service will begin at 2 p.m. in the Funeral Home with burial following in Claypool’s Graceland Cemetery.

Memorial gifts may be made to the American Heart Association.

To order memorial trees or send flowers to the family in memory of James Calhoun, please visit our flower store.