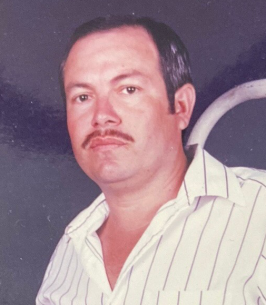 Jaime Ibarra Ramirez, age 61 of Warsaw, passed away quietly on Sunday, January 9, 2022 in Fort Wayne at Parkview Randallia Hospital. His passing is unexpected.

Born in Tamaulipas, Mexico on July 2, 1960, Jaime was the son of Bonifacio Ibarra and Rosa Ofelia Ramirez. He spent his formative years in Reynosa, along the Mexico-Texas border; it was there that he met and married Flor Villarreal. The pair was wed on April 25, 1987.

For the past twenty-five years, Jaime and his family have called Warsaw home. Some may remember him from the time he spent working for Maple Leaf Farms or Crystal Lake Egg Products. Jaime was an incredibly hard worker who took great pride in providing for his wife and family. They meant the world to him; Jaime was a friendly, social person but nothing meant more to him than his family. Time spent with them was precious. He also enjoyed baseball and soccer.

Services are entrusted to Titus Funeral Home and Cremation Services, 2000 East Sheridan Street, Warsaw. A Life Celebration® visitation will be held there on Wednesday, January 12, 2022 from 4 to 8 pm. with Rosary at 7:30 p.m. Jaime’s life will be further celebrated with Mass of Christian Burial at Our Lady of Guadalupe Church, 225 Gillam Drive, Warsaw on Thursday at Noon. Burial will take place in Oakwood Cemetery, Warsaw.
To order memorial trees or send flowers to the family in memory of Jaime Ibarra Ramirez, please visit our flower store.

Our Lady of Guadalupe