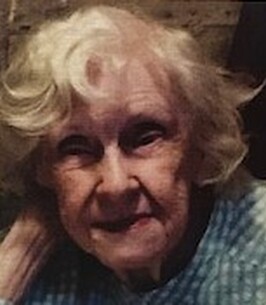 Iva Lorene Johnston was born on March 28, 1920 in Warsaw, Indiana. She went to be with the Lord on April 24, at the beautiful age of 101. She attended Leesburg High School where she was named Valedictorian. She married Oliver Dewey Johnston on December 24, 1939. They were happily married for 40 years before his death in 1980. They had one child, Kathryn Annette Moody of Pewaukee, Wisconsin.

Iva attended Purdue University and her math skills provided her a livelihood. She was heavily involved with her national sorority, Sigma Alpha. She rose to the position of National Secretary and enjoyed many years of service. Iva later worked as a sales representative for several fiber companies and, up to the age of 87, drove herself to work at Connie's Hallmark of Waukesha, Wisconsin. Always a capable, hardworking woman, Iva's best quality was her grace. She always set the prettiest table, even when alone, and kept a lovely home, of which she had many in her life. She designed and built two of the homes with her husband, Dewey. Her fondest home was a Sears home, ordered from a catalog - where she was born, grew up, and married. It was located in Warsaw, Indiana on 100 acres of woods with a lake and beautiful apple orchards.

Private family viewing was held in Brookfield, Wisconsin. Burial will be held at Oakwood Cemetery, 421 North Maple Avenue in Warsaw, Indiana on Saturday, May 1, 2021 at Noon. Titus Funeral Home is assisting the family.

To order memorial trees or send flowers to the family in memory of Iva Johnston, please visit our flower store.