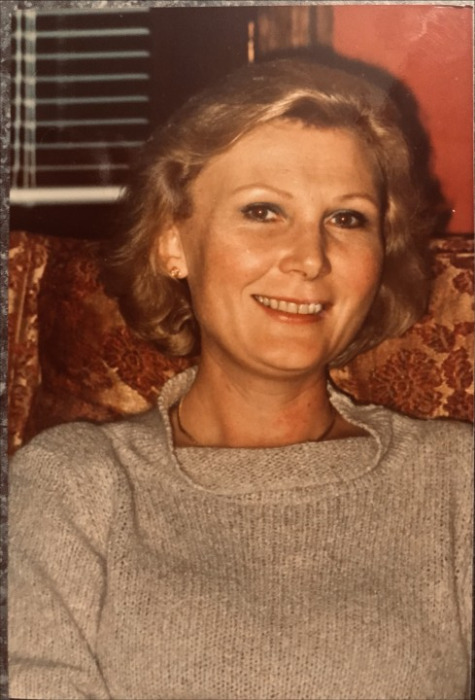 She earned a B.A. degree from the University of Illinois and graduated from Madonna High School in Chicago IL.  Her most accomplished position was as a mother to three very successful children.  She formerly worked as a bank teller, was an assistant to a professor at Roosevelt University in Chicago, IL and was a real estate appraiser.  She moved from Germany at the age of 5 years old to Chicago where she grew up.  During almost 40 years of marriage, she lived in several cities in the United States, finally settling in Schererville, IN for many years before moving to Ligonier.

Member of the Immanuel Presbyterian Church in Schererville.

She was preceded in death by her parents & grandson – Teddy Bordeleau.

Cremation will take place at Cremation Services of Kosciusko County, 4356 N. St. Rd. 15, Warsaw, IN.  A private Celebration of Life service organized by her family will be held at a later date.  Owen Family Funeral Home, 1001 S. Huntington St., Syracuse, IN is in charge of arrangements.

To order memorial trees or send flowers to the family in memory of Irene E. "Rene" Nickerson, please visit our flower store.