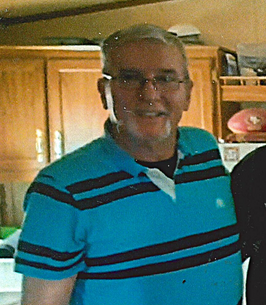 G. F Logan, known to most as “Logan,” passed away unexpectedly on Friday afternoon, June 25, 2021 in Syracuse. Age 72, he was a longtime Warsaw resident.

He was born Guyn Franklin Logan on May 7, 1949 in Middletown, CT and was the son of Wilbur Clifton Logan and Dorothy Clover (Hougendobler) Logan – both preceded him in passing. He was a 1967 graduate of Goshen High School and went on to serve in the United States Marine Corp where he entered service through San Diego in 1968. He was honorably discharged at San Francisco in 1970 having served in several duty stations including Hawaii where he was a rifle instructor.

Professionally, Logan spent more than 45 years with Spartech Corporation and Poly-One. He retired in 2014. More personally, he enjoyed time spent outdoors especially fishing and four-wheeling. He was an avid sportsman and gun enthusiast, often shooting with friends and family. He was a member of American Legion Post 49 and liked classic rock and spontaneous road trips. Most off all, he was a good-humored, fun-loving grandfather and father.

Those who survive with memories to cherish include his sons: Scott Logan of Nappanee and Brian (Sarah) Logan of Rushford, MN and four grandchildren: Anna, Cole, Wyatt and Evie. In addition to his parents, he was preceded in passing by his brother and sister-in-law, Steve and Mary Logan.

A Life Celebration® is planned with Titus Funeral Home and Cremation Services, 2000 East Sheridan Street, Warsaw where friends may gather with the family on Wednesday, June 30 from 4 to 7 p.m. A service which celebrates his life will begin at 7 o’clock. Burial with Military Honors will take place at Oakwood Cemetery in the coming days.

In lieu of flowers, the family has asked that memorial gifts be directed to K-21 Cancer Care Fund, 1001 Park Avenue, Winona Lake, IN 46590 or to Disabled American Veterans, Chapter 15, 708 West Pike Street Goshen, IN 46526.
To order memorial trees or send flowers to the family in memory of G.F. Logan, please visit our flower store.