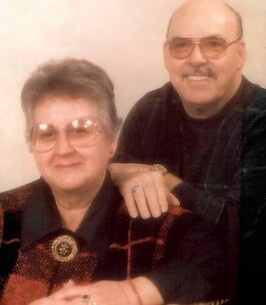 Gretchen Ann Jones (Morgan), of Warsaw, passed away peacefully surrounded by her family at Mason’s Health and Rehab on Sunday, August 22, 2021, at the age of 81.

She was born on March 14, 1940, in Warsaw, Indiana, the daughter of Harold “Frank” and Joan B. Morgan (Kester). She married the love of her life Ronald Jones in Elkhart on August 29, 1960. The two met in Elkhart where they raised their three sons together. Gretchen was a hard worker, spending more than 40 years working in the orthopedic industry. She retired from Medtronic.

After retiring, she took her hardworking mindset and put it into genealogy. Over the years, she found many distant relatives and enjoyed learning about her family history. Gretchen was an avid gardener, having a very large garden. She and her children spent a good amount of time canning throughout her life. Most of all, Gretchen loved spending time with her family, especially her grandchildren and great grandchildren.

Gretchen will be deeply missed by her children: Bob (Patti) Jones of Andrews, IN, David (Becky) Jones of Lafayette, IN and Dennis (Shanon) Jones of Warsaw; 10 grandchildren; 9 great grandchildren; and sister in laws: Linda Morgan, Cathy Morgan, and Elizabeth Senters. Preceded her in death were her parents: Frank and Joan; husband: Ron; and brothers: David Morgan, Bill Morgan, and Jim Morgan.

Titus Funeral Home and Cremation Services, 2000 East Sheridan Street, Warsaw is assisting the family. Friends will gather at the funeral home on Sunday, August 29 from 1 to 3 p.m. Burial will immediately follow the gathering, at Stony Point Cemetery.

To order memorial trees or send flowers to the family in memory of Gretchen Jones (Morgan), please visit our flower store.