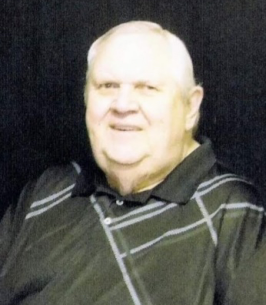 Gordon Ousley, a resident of Pierceton, passed away quietly in the early hours of Monday, January 24, 2022. He was 76 years old at the time of his passing.

Born in Martin, Kentucky on February 26, 1945, Gordon was the son of Andrew J. and Julia (Gibson) Ousley. He spent his formative years in Kentucky and was a graduate of Prestonsburg High School. He also attended Alice Lloyd College in nearby Pippa Pass before moving to the Warsaw area in his early twenties.

He was previously married to Loretta Hunter. Though they divorced later, they shared four children and seven grandchildren and had always cared about each other. In addition to Loretta who preceded him in 2020, Gordon is preceded by two great-grandchildren: Kyler Gordon Miller and Braelynn Ousley and two siblings: Willis Ousley and Anna Bojean Ousley.

Professionally, Gordon spent many years with Whitley Products, transferring to DANA where he retired as an inspector several years later. More personally, he was a fun-loving, kind person with a good sense of humor. He could be serious when needed but was generally mild-mannered and big-hearted. He enjoyed game shows like Wheel of Fortune and Jeopardy and genuinely loved time spent with family.

Gordon’s Life Celebration® is entrusted to Titus Funeral Home, 2000 East Sheridan Street, Warsaw where friends may gather for a visitation on Wednesday, January 26, 2022 from 4 to 8 p.m. On Thursday, his life will be further celebrated in a funeral service at 11 a.m. in the funeral home. Burial will be in Hillcrest Cemetery, Pierceton.

Memorial gifts may be given to the family for use at their discretion. Written condolences may be left for them at www.TitusFuneralHome.com
To order memorial trees or send flowers to the family in memory of Gordon Ousley, please visit our flower store.

Visitation for One Hour Prior