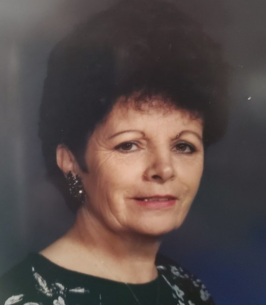 Gloria B. Randels, wife of the late Robert Randels, passed away quietly with her family at her side on Tuesday, June 15, 2021 at Kosciusko Community Hospital in Warsaw. She was 87 years old at the time of her death.

Born in Belfast, Nothern Ireland on October 27, 1933, Gloria was the daughter of William Guiney and Mary McMananley Guiney. She spent her formative years in Ireland and remained quite proud of her Irish heritage throughout her life. On December 15, 1956, she was united in marriage to Robert N. Randels in Cambridge, England; the pair had met while Robert was enlisted abroad. Robert preceded her in passing in March of 2002.

A loving, caring person, nothing meant more to Gloria than time spent with her family. Her position as wife, mother, grandmother, sister and aunt was incredibly important to her though she did work outside the home in positions at Flagship Restaurant, Harvey’s Department store and lastly in the WCHS cafeteria where she loved interacting with the students each day. She was an active member of Sacred Heart Catholic Church for many years and is dearly missed by her family locally and overseas. Gloria came to love Warsaw as home while remaining proud of her Irish heritage.

Friends may join the family for a memorial service which is in the planning stages. Please check back for a complete obituary and for service details. Titus Funeral Home is assisting the family.

Messages of condolence may be left on the Funeral Home website at www.TitusFuneralHome.com.
To order memorial trees or send flowers to the family in memory of Gloria Randels (Guiney), please visit our flower store.