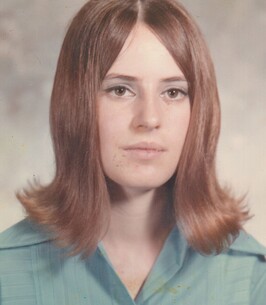 Born Gertrude Louise Butts on May 11, 1954, Trudy was the daughter of Thomas R. and Doris M. (Swaney) Butts. She was born in Green County, Ohio and attended Union City Community High School in Indiana. Nearby, her father helped to run a diary farm; it was there that Trudy learned her strong work ethic.

At age 16, Trudy took a job with Westinghouse and later she worked as a candy striper and mold operator for Heaters in North Webster. She had several other jobs throughout the years, most notably as co-owner and operator of Cinema Video and CB Radio with her husband. Although she always worked outside the home, her focus was on her family, always making them a priority as time spent with them was precious. Trudy also made sure that the holidays were extra special for them and always went above-and-beyond with her decorating and baking.

Friends may gather at Pleasant View Cemetery, 2782 West 200 North in Warsaw for a graveside service on Monday, March 8, 2021 at 2:30 p.m. Warsaw’s Titus Funeral Home is entrusted with Trudy’s care; her son-in-law James Yost will officiate.

Memorials may be given to the family to assist with headstone expenses while written condolences may be left at www.TitusFuneralHome.com
To order memorial trees or send flowers to the family in memory of Trudy Kimes, please visit our flower store.