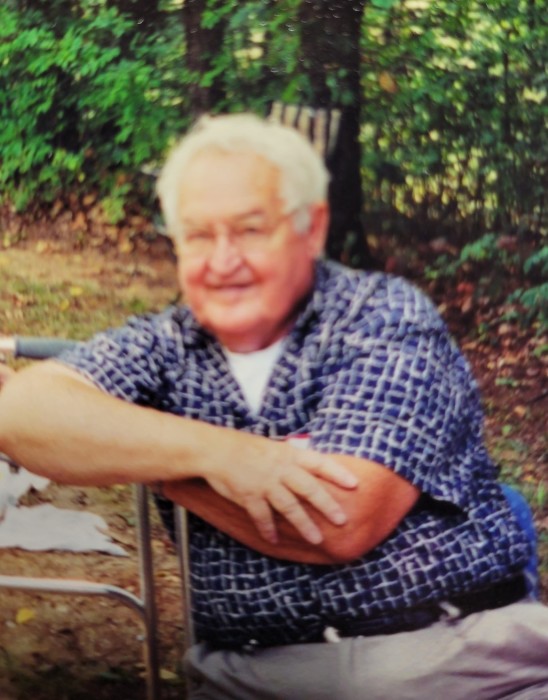 He joined the Navy after graduating high school.   He was a Veteran of U.S. Navy World War II.  Gerald was past president of the North Side Baseball Little League in Kokomo where he server for 10 years.  Gerald belonged to the Saint Luke’s United Methodist Church in Kokomo. He served on the building committee for the new church.

He was employed at the Post Office for 37 years before retiring in 1982.  He also worked for the Kokomo Post Office Credit Union for 10 years.  He was Post Master at Marion, Indiana when he retired.

He was married for 28 years to Maria J Michos. In December 1979 he married Gloria Jean (McCoy) Parrish.  In 1982 they moved to their lake home at Tippecanoe Lake and started Key Appraisals, Inc.

They belonged to Tippecanoe Lake Country Club, Elks Lodge #802 of Warsaw, Indiana.  They also belonged to Shrine Antique Car Club, Warsaw, Indiana They had purchased a 1931 Post Office Truck (similar to what Gerald used in 1944).  They entered it and their 1931 Ford Roadster in parades and car shows.

Preferred memorials may be given to the Shriner’s Hospital for Children, 2211 N. Oak Park Ave., Chicago, IL 60635.

To order memorial trees or send flowers to the family in memory of Gerald F. "Jerry" Williams, please visit our flower store.