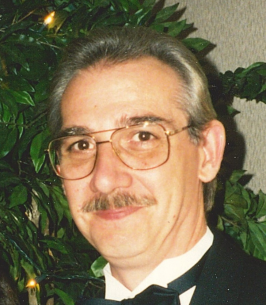 Born on December 8, 1953 in Bergen County, New Jersey, George was the eldest of seven children raised in the family home. He grew up in New Jersey and attended school at Bergenfield High School. On July 23, 1974 at the age of twenty, George was united in marriage to Lorraine Burke in Spring Valley, New York. The pair made their home in New Jersey for many years before moving to Warsaw in 2011.

A machinist by trade, George spent many years with Biomet. He worked for Zimmer Biomet in Warsaw and genuinely enjoyed the technology involved in his job. More personally, he enjoyed golf and liked music of all kinds, especially the Beatles. Sometimes shy, he was a private person with a laid-back personality.

Those who survive with memories to cherish include his wife of more than 46 years, Lorraine Freeman of Warsaw; daughter, Kristina Freeman of Warsaw and son, Timothy Freeman of Warsaw. Also surviving are sister, Nancy (Michael) Wettje and brothers: Jimmy Freeman, David (Tracy) Freeman, Billy Freeman and Michael (JoAnn) Freeman. In addition to his parents, he was preceded in passing by a brother, Donald Freeman.

Friends may gather at Titus Funeral Home, 2000 East Sheridan Street Warsaw on Saturday, June 26, 2021 from 2 to 3 p.m. for light refreshments and a time of fellowship. At 3 o'clock Sacred Heart's Rev. Johnathan Norton will lead a prayer and eulogy while those in attendance will be given an opportunity to share special memories of George.

In lieu of flowers, the family asks that you consider donating to the American Cancer Society, P.O. Box 22478 Oklahoma City, OK 73123. Written condolences may be left for the family at www.TitusFuneralHome.com
To order memorial trees or send flowers to the family in memory of George J. Freeman III, please visit our flower store.