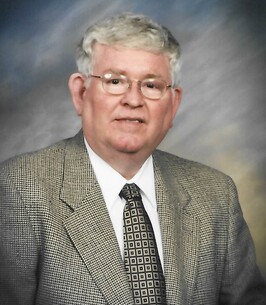 Gary Salyer, a resident of Warsaw, passed away quietly on Sunday, January 30, 2022 at Community Hospital of Anderson. He was 76 years old and the son of the late Earl Salyer and Marie (Poe) Salyer.

Gary was born in Silver Lake on June 17, 1945 and was one of six Salyer children. He was a 1963 graduate of Silver Lake High School. Later, he was a graduate of Indianapolis’ Porter College and of the Indiana University School of Real Estate.

Many would remember Gary from his career in Real Estate. He was the longtime owner of Warsaw Real Estate Service, later partnering with CBRE and eventually with Bradley Company before retiring. His office was longtime located in the former US Post Office on South Lake Street in Warsaw. He is also remembered for his friendly, social demeanor and for always finding the best in everyone he met.

Gary was also very active in the community as a member of the Kiwanis Club and a member of the Kosciusko Board of Realtors – in both roles he served in numerous offices and board positions throughout the years. He enjoyed golfing and loved sports of all kinds. He was often known for cheering on the underdog. He was a fan of IU Basketball and sweet treats like chocolate covered cake doughnuts. Most importantly, he was a kind, gentle person with a giving, caring spirit; his children remember him as “the best dad ever.” He knew the Lord and was a longtime member of First Christian Church, Warsaw where he also served as an Elder.

Titus Funeral Home and Cremation Services, Warsaw is entrusted with arrangements. Friends may join the family for a time of visitation on Saturday, February 5, 2022 from 11 am to 1 pm at First Christian Church, 115
Park Ridge Drive. Beginning at 1 o’clock, Pastor Matthew Rodgers will officiate Gary’s Life Celebration® Burial will follow at Oakwood Cemetery, Warsaw.

Memorial gifts may be given to First Christian Church or to a charity of the donor’s choosing. Written condolences may be left for the family at www.TitusFuneralHome.com
To order memorial trees or send flowers to the family in memory of Gary Salyer, please visit our flower store.