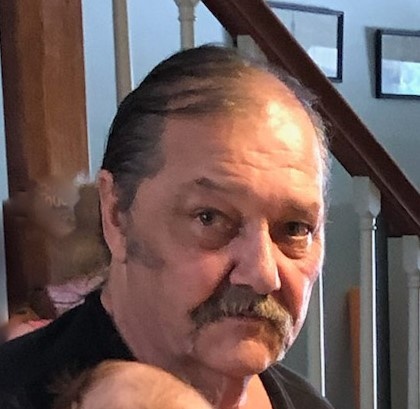 He grew up in Viper, KY, attended Dilce High School in Jeff, KY, and moved to Indiana in 1972. He was married on December 23, 1975 in North Webster, IN to Marlene K. Spiegel who survives. He retired from Kimble Glass in Warsaw (Machinist) after 34 years. He formerly worked at Warsaw Coil, Royal Crown in Milford, Omco in Pierceton, and Walmart in Warsaw.

Gary had a huge heart and made everyone he loved feel like they were the only person in the world. His favorite song to sing to his children was You are My Sunshine, where he would change the lyrics to “you’ll never know, how much your daddy loves you.” He will be forever missed.

He was preceded in death by his parents, 2 brothers – William & David Fugate, and 7 half-brothers & sisters - Rosella, Arbutus, Ruby, Jessie, Junior, Vincent, and Pauline.

To order memorial trees or send flowers to the family in memory of Gary Fugate, please visit our flower store.