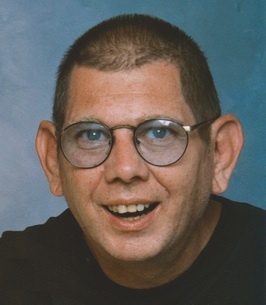 Gary Wren Enyeart went to be with the Lord on Sunday, July 18 at 10:45 PM. He was 73 years old when he passed on at Mason Health and Rehab in Warsaw, IN.

Gary was born on September 4, 1947 in Warsaw, IN to Truman and Mabel (Montel) Enyeart. Gary was raised in Silver Lake, IN where he was active in the community and loved by all. He spent 10 years in Jefferson, WI before returning to Indiana. He moved to Whitley County and resided in South Whitley and later Columbia City.

Gary loved the communities where he lived. He served by mowing lawns and delivering the Times Union Newspaper for may years in Silver Lake. He was an avid fan of Little League Baseball. Tales of Gary’s basketball hooping has emerged that he would always win at HORSE. Gary rode his bicycle everywhere and never knew a stranger. He had an amazing ability to remember the names of all the people he met. While living in Jefferson, WI he worked for the famous Fireside Dinner Theatre washing dishes. He provided cleaning services to The Oaks Nursing Home in Columbia City. In his retirement, Gary began an incredible painting hobby. Some of his pieces will be on display. Gary had services provided to him by Cardinal Center, St Coletta School, ResCare, and Easterseals Passages.

Calling hours will be from 2 – 4 PM Friday, July 23, 2021 at Titus Funeral Home, 2000 Sheridan St, in Warsaw, IN. A funeral will begin at 4 PM with burial immediately following at Lakeview Cemetery in Silver Lake, IN.

Memorial gifts can be donated to the American Cancer Society and American Diabetes Association. Written condolences may be left at www.TitusFuneralHome.com.


To order memorial trees or send flowers to the family in memory of Gary Enyeart, please visit our flower store.