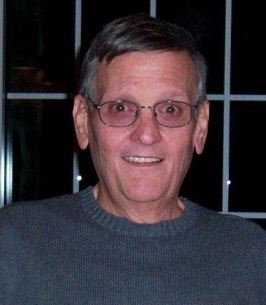 Frank was born on August 27, 1954 and was the son of Frank Marol, Sr. and Denise (Plets) Marol. He was born in Chicago but spent his formative years in Kosciusko County, graduating in 1972 from Warsaw Community High School. Shortly after graduating, Frank accepted a position with R.R Donnelley and Sons. He spent more than 44 years there and recently retired as a machinist.

It was while working at Donnelley that Frank met Laurie Read with whom he shared the last 18 years. Together they shared many laughs; Frank had a good sense of humor though he could be quiet around those he didn’t know. He was a homebody at heart and loved time spent at home on Chapman Lake. When he was healthier, he enjoyed fishing, boating and mushroom hunting. He was a Washington Redskins fan and a NASCAR fan – he especially liked Tony Stewart. He liked old Westerns, country music and being outdoors.

Those who survive with memories to treasure include his better-half, Laurie Read and three sisters: Gilda McDonald of Fort Wayne, Patti (James) Thompson of Warsaw and Mary (Jay) Highley of Florida. Also surviving are six nieces and nephews and their families. He was preceded in passing by a brother, Ralph Marol, their parents and a nephew.

A memorial gathering will take place at Titus Funeral Home and Cremation Services, 2000 East Sheridan Street, Warsaw where friends may gather on Tuesday, September 28 from 5 to 7 pm. Memorial gifts may be directed to the Chapman Lakes Conservation Association while written condolences may be left at www.TitusFuneralHome.com

To order memorial trees or send flowers to the family in memory of Frank Marol, please visit our flower store.