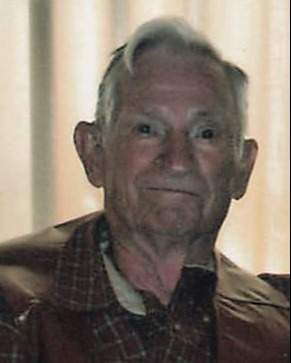 Forrest V. Lewis, a longtime resident of Syracuse, Indiana and formerly of Ossian, Indiana, passed away at The Waters of Syracuse on November 5, 2022.  He was 100 years old.

Born in Savoy, IL on August 31, 1922, he was the son of Tillman A. and Lillawah C. (Fugett) Lewis. Forrest spent his formative years in the area, graduating from nearby Sibley High School.

On November 3, 1942, Forrest entered into service with the United States Navy. He honorably served in the Asiatic-Pacific Fleet, on board several ships; most of his service was onboard the USS Yorktown. Aviation Machinist Mate - Third Class Forrest Lewis was honorably discharged in February of 1946.

December 23, 1948, Forrest was married to Sarah Jane Nash. The pair shared nearly 69 years together before Sarah’s passing in September of 2017. To their union, two children were born. Sarah and Forrest loved their family and time spent with them.

Professionally, Forrest was the owner/operator of Lewis Standard Oil Filling Station in Ossian. He and his family operated the station for more than thirty-five years. Later, Forrest was the Manager of Custom Services Fundraising which he operated in the Syracuse area for an additional twenty years.

Forrest was a member of Wawasee Lakeside Chapel. He helped with many things at the church over the years including the boat-in service and Sunday School. He was an avid fisherman, spending much of his time on Syracuse Lake. He and his wife, Sarah loved riding motorcycles; they each had their own. They loved to take off on spontaneous trips. Forrest continued to ride his motorcycle in to his eighties. He never lost his spirit of adventure.

Private services will be held at Titus Funeral Home of Syracuse. Those wishing to express their sympathy may give to Wawasee Lakeside Chapel, 10419 North Turkey Creek Road, Syracuse, IN 46567. Written condolences may be left for the family at www.TitusFuneralHome.com

To order memorial trees or send flowers to the family in memory of Forrest Lewis, please visit our flower store.