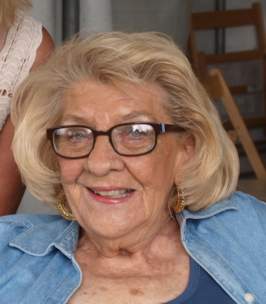 Evelyn L. Marsh, a longtime resident of Warsaw, passed away after a few months of declining health on Friday, March 18, 2022 at home in Warsaw. She was 94 years old.

Born in Warsaw on November 1, 1927, Evelyn was the daughter of the late Frank and Ethel (Shilling) Rarick. She had one sibling, Isobel Pfeiffer, who passed in 2014. Evelyn was a graduate of Warsaw High School and went on to earn a bachelor's degree in education from Ball State University. It was while attending Ball State that Evelyn met Cleon Marsh; the pair married on June 11, 1950. They spent more than 59 years together before Cleon’s passing in 2009.

A caring, fun-loving person, Evelyn was a teacher by trade. She spent much of her career in First and Second Grades in the Warsaw School System. She also taught at the Adult Alternative Learning Center. Evelyn loved sports, especially basketball but mostly those which included her children and grandchildren. She loved and was quite proud of her family and truly enjoyed spending time with them; included in her family was one very special four-legged companion, Snowboy, which was fitting, as Evelyn loved animals.

She is also remembered for her love of many types of music, from marching bands to percussion groups, and especially Jazz. She was a percussionist in high school and college, also giving private lessons. She enjoyed playing cards, especially Euchre and Bridge, at which she was quite adept. She was a longtime member of Trinity United Methodist Church and loved to laugh.

In lieu of flowers, memorials may be directed to Kosciusko County Animal Welfare League, PO Box 1906
Warsaw, Indiana 46581-1906 or to K21 Health Foundation’s Cancer Care Fund, 1101 Park Avenue Winona Lake, IN 46590. Written condolences may be left for the family at www.TitusFuneralHome.com
To order memorial trees or send flowers to the family in memory of Evelyn Marsh, please visit our flower store.