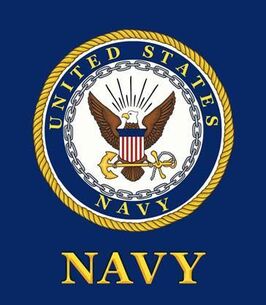 Eugene Gilbert Kunkle, known to most as “Gene,” passed away in his sleep on Saturday, December 19, 2020 at Lutheran Life Village in Fort Wayne. A resident of rural Pierceton, he was 83 years old.

Gene was born on May 5, 1937 in Fayette City, Pennsylvania and grew up there and in the neighboring communities. On November 26, 1955, he was united in marriage to Laura B. Thompkins in Greensburg, PA. That same year, he entered into service with the United States Navy in Pittsburgh. He served for several years, mainly aboard the USS Cadmus before being honorably discharged in April of 1958 at Brooklyn, New York.

Gene loved to tinker with old tractors and gas engines. He was a longtime member of the River Valley Antique Power Association. He was also a lover of Bluegrass music and model trains. He was a lifetime member of VFW Post 1126, Warsaw and American Legion Post 253, North Webster. Professionally, he was retired from security with Bertsch Vending where he dedicated nearly 30 years.

Those who survive with memories held close include four daughters: Mary (Troy) Musick of Elkhart, Laura Mae (Jon) Custer of Leesburg, Nancy (Keith) Breeding of Donaldson and Donna Kunkle of Pierceton; five grandchildren; a great-grandson and a great-granddaughter. He was preceded in passing by his wife of nearly 56 years, Laura Kunkle and by his parents.

Visitation will be private though friends may join the family for a graveside service on Wednesday, December 23, 2020 at 11 a.m. in Leesburg Cemetery, 650 West 675 North, Leesburg. Titus Funeral Home is assisting the
family.

In lieu of flowers, the family has asked that expressions of sympathy be directed towards the North Webster American Legion, Post 253 Scholarship Fund, PO Box 131, North Webster, IN 46555. Written condolences may be sent via www.TitusFuneralHome.com
To order memorial trees or send flowers to the family in memory of Gene Kunkle, please visit our flower store.