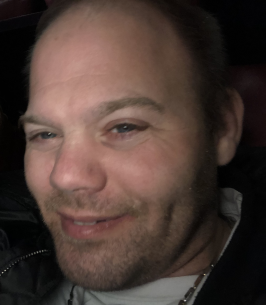 Eddie was born in Indianapolis on October 11, 1978. He was the son of Ed Cole Sr. and H. Patricia McNees. He spent his formative years in the Warsaw area and attended Warsaw Community High School. He went on to spend many years working in various construction positions and was a dedicated employee and a hard worker.

More personally, Eddie was an independent and strong-willed person. He loved time spent with his family, especially his children. He also enjoyed fishing and vacationing though his health limited both in the past several years. He had overcome many personal and health challenges but never allowed life’s obstacles to get him down.

Those who survive with memories to cherish include his fiancée, Jeni Riley; daughter, Lexi; son, Blake; daughter, Alaina; father, Ed Sr. (and partner, Linda); mother, Patty (and partner, John); brother, Doug (and wife, Pheba) and two sisters: Tonya (and wife, Liz) and Tina. Also surviving are three stepbrothers: Austin, DJ and Johnny; a stepsister, Camryn; seven nephews; six nieces; three great-nieces and a great-nephew in addition to a large extended family. He was preceded in passing by his grandparents and several aunts, uncles and cousins.

Friends may gather at Titus Funeral Home, 2000 East Sheridan Street, Warsaw, on Tuesday, August 10, 2021 from 5 to 7 p.m. On Wednesday at Noon, Chaplain Randall Myers of Kosciusko Home Care and Hospice will officiate Eddie’s funeral with burial in Oakwood Cemetery.

Those wishing to express sympathy may give to the family with gifts in care of Jeni Riley. Written condolences may be left for the family at www.TitusFuneralHome.com
To order memorial trees or send flowers to the family in memory of Edward Cole Jr., please visit our flower store.