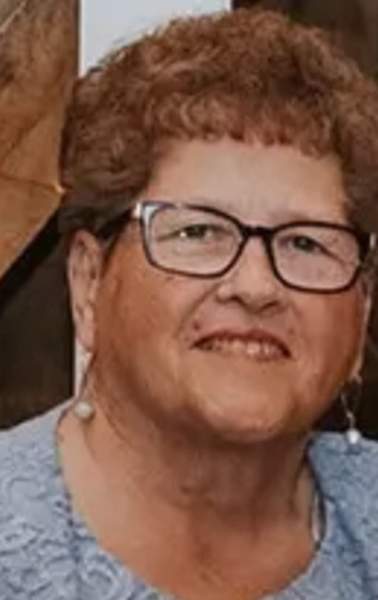 She graduated from Charlestown High School and moved to the Middlebury / New Paris area in 1991 from Charlestown, IN. She was married on May 11, 1996 in New Paris to Loyal A. Rogers who preceded her on June 4, 2021. She formerly worked at Jayco in Middlebury, Troyer Products in Bristol, Rullis in Middlebury, A1 Tax Services, and Heil Trading Company in Louisville, KY.

She was a member of the Church of the Brethren in New Paris. She enjoyed BINGO, square dancing, camping, and spending time with her grandchildren.

She will be missed by her 2 children - Melissa (Chuck) Mason & Todd (Maria) Janes both of Goshen along with 9 grand & 3 great grandchildren. She is also survived by stepchildren - Lisa Rogers of Chandler AZ, Bradley (Susan) Rogers of Goshen, and Bill (Tina) Rogers of New Paris. Her siblings are Barbara Watkins of Indianapolis, Linda Crafton of Louisville, KY, Ruth Harlan of Clarksville, IN, and Robert (Mollie) Mayfield of Atlanta, GA.

She was preceded in death by her parents and husband.

Visitation will be from 1:00 - 3:00 p.m. on Saturday, August 27, 2022 at the Church of the Brethren, 68170 CR 23, New Paris, IN. A funeral will follow at 3:00 p.m. on Saturday in the church with Pastor Stanley Godfrey officiating. Private family burial will take place in the New Paris Cemetery at a later date. Owen Family Funeral Home in Syracuse is in charge of arrangements.

Preferred memorials may be given to the Church of the Brethren, 68170 CR 23, New Paris, IN 46550. To send condolences to the family of Dorothy Rogers, please visit www.titusfuneralhome.com

To order memorial trees or send flowers to the family in memory of Dorothy E. Rogers, please visit our flower store.

New Paris Church of the Brethren

New Paris Church of the Brethren