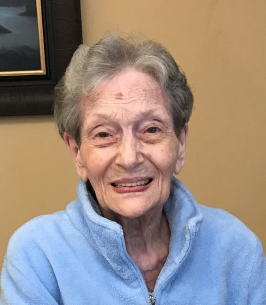 Doris Maxine (Engle) Wiggins of Warsaw passed away Saturday, February 13, 2021 at Grace Village Retirement Community at the age of 91. She was born January 7, 1930 in Burket, Indiana. Her family later moved to Warsaw, and she graduated from Warsaw High School in 1948.

Doris started her career as secretary for Warsaw High School after her graduation. She later worked in the accounting office of Claude Longfellow and also Allan Ramsey before returning to the school system in the mid 1960’s. She was secretary at Warsaw Jr. High School and later worked in the Warsaw Community High School administrative offices. She and her husband Beecher owned and operated the Village Inn Pizza Parlor and Top of the Inn Restaurant in Warsaw. Doris was a member of the First Presbyterian Church of Warsaw and Psi Iota Xi Sorority.

A memorial service will be held at a future date when family and friends can safely gather. Arrangements were entrusted to Titus Funeral Home in Warsaw.

In lieu of flowers, memorial donations in Dori’s name may be directed to Grace Village Retirement Community of Winona Lake, IN. gracevillage.org/giving/general-donation/

To order memorial trees or send flowers to the family in memory of Doris Wiggins (Engle), please visit our flower store.