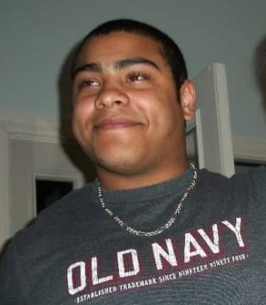 Dontaye Cain, age 28 of Warsaw, passed away unexpectedly on Sunday, May 9, 2021 in a motor vehicle accident.

The son of Garland Cain and Nicole Hill Cain, he was born in Orange County, Florida on August 19, 1992. He spent his formative years in Missouri and graduated there from Winfield High School. He was involved in multiple sports throughout school including football, basketball, wrestling and later, Jujitsu.

Known to some as “Little G” or “Little Garland,” Dontaye enjoyed MMA fighting and motorcycles. He also enjoyed Xbox games, especially Call of Duty and spending time with his friends. He liked playing basketball and horsing around with his younger siblings and nieces. He was also family oriented and had a big heart, always happy to lend a hand and very caring.

A Life Celebration® is planned with Titus Funeral Home, 2000 East Sheridan Street, Warsaw with visitation on Monday, May 17 from 2-4 and 6-8p.m. A funeral which celebrates his life will be held on Tuesday morning beginning at 10a.m. Burial will be in Palestine Cemetery, Warsaw.

Memorial gifts may be made to the family, care of Titus Funeral Home, 2000 East Sheridan Street, Warsaw, I 46580. Written condolences may be left at www.TitusFuneralHome.com

To order memorial trees or send flowers to the family in memory of Dontaye Y. Cain, please visit our flower store.