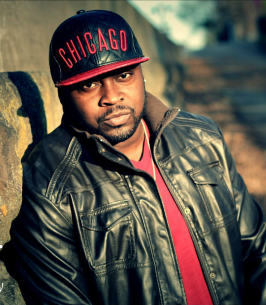 Don Street, age 43 of Warsaw, passed away unexpectedly on Saturday, March 13, 2021 just after 2 a.m. in Warsaw at Kosciusko Community Hospital.

He was born Donald Earl Street in Chicago on April 15, 1977 and was the son of Donald Street and Larita (Sullivan) Mason. His family moved to the Warsaw area when Don was young. He graduated from Warsaw Community High School and spent his formative years here though he always kept his Chicago pride. He was a proud Chicago Bears, Chicago Bulls and Chicago White Sox fan.

Professionally, Don worked for J.B.’s Furniture in Warsaw for many years and for Marine Mooring before his health became complicated. More personally, Don liked making music and was a member of UpShott. He enjoyed cooking and BBQing especially for close friends and family. He was a loving father, grandfather and husband. His family meant the world to him and he loved time spent with them. He was very proud of his children and was excited to be welcoming a new grandson, Brooks, in late May.

A Life Celebration® is entrusted to Warsaw’s Titus Funeral Home, 2000 East Sheridan Street, where friends may gather for viewing from 2 to 6 p.m. on Friday, March 19, 2021. Don’s funeral service will begin at 6 o’clock.

Those wishing to express their sympathy might consider a donation to the family to assist with medical and funeral expenses. Donations can be made through this obituary page where written condolences may also be left.

To order memorial trees or send flowers to the family in memory of Don Street, please visit our flower store.