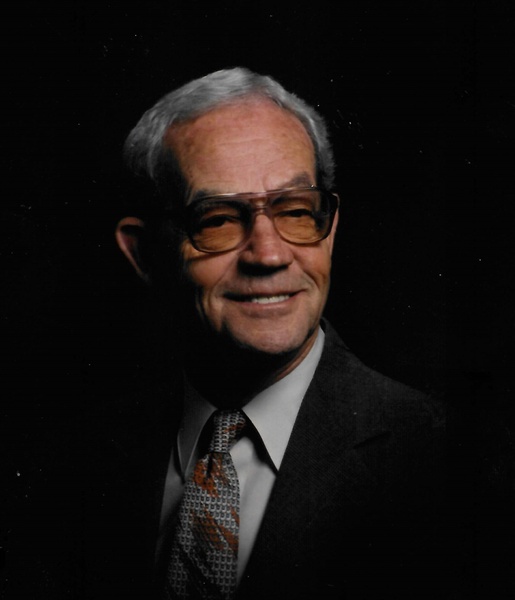 Don was born on March 6, 1922, the son of Ernest and Hazel (Ellis) Shively. Don was a 1940 graduate of Claypool High School and married Frances Arlene “Fran”Neff in 1944 on Valentine’s Day at San Louis Obispo, California. Don was a lifetime resident of the Claypool area.

He served in the United States Army from 1942 – 1946, spending the majority of his service in the Pacific Theatre during World War II. His loyal service earned him several promotions. Upon his discharge from service, Don was offered a contract by scouts of the Philadelphia Phillies Baseball Club but turned it down to be with Fran and raise their family.

Don was employed for more than 30 years by the Standard Oil Company, delivering gas and oil to area residents and farmers. He was known to be dependable, honest and reliable in serving his customers. He later worked for Schrader’s Automotive in Warsaw, LaSuer Industries of Claypool and enjoyed delivering buses for Kerlin Bus Sales in Silver Lake. Don was a member of the Claypool United Methodist Church, spent hundreds of afternoons at Wrigley Field in Chicago and was a devoted fan to the Claypool Knights and Warsaw Tigers Basketball teams.

A special moment in his latter years occurred when Don was honored as a World War II veteran on the field at Wrigley prior to a Cubs game in August of 2019. The Cubs organization, and in particular Joe Maddon, were very appreciative of Don for his service.

Don could be seen, even at the age of 99, mowing his lawn on the property West of Claypool.

Don is survived by three sons, all of Claypool: Dave (Sherry), John (Peggy) and Tom (Gail) Shively; 10 grandchildren and 17 great-grandchildren. He was preceded in death by wife, Fran Shively; his parents and by five siblings: Merle, Albert “Ab,” Pauline Lowery, Irene Davis and Jeanette Sadler.

Titus Funeral Home is entrusted with arrangements. A graveside service with military honors will be held in Claypool’s Graceland Cemetery on Saturday, May 14 at Noon. Following the graveside, a memorial service will be held at Claypool United Methodist Church, 302 East Section Street, Claypool. A time of gathering and fellowship will take place after the memorial service.

Memorial gifts may be directed to Claypool U.M.C, 302 East Section Street, Claypool. Written condolences may be left for the family at www.TitusFuneralHome.com

To order memorial trees or send flowers to the family in memory of Donald Shively, please visit our flower store.