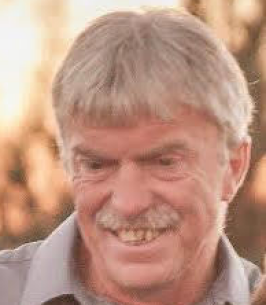 Donald D. Creekmore, of Claypool, passed away peacefully surrounded by his family in his home on Monday February 7, 2022, at the age of 57.

Born in Summerset, Kentucky on September 18, 1964, Don was the son of McKinley Stephens and Lola Creekmore. For most of his life, he worked in the construction industry.

Don was a very simple man with a big heart who lived his life for his family, especially his 18 month old daughter, Lilliana. He also was an avid fisherman and loved to watch SpongeBob SquarePants marathons.

Those who survive to cherish his memories include his children, Lilliana Creekmore and Paisley Hobbs; brothers, Jerry (Nora) Creekmore Sr. and David (Novella) Creekmore; sister, Susan Heckaman; and sister-in-law, Reatha Creekmore. He is further survived by many nieces and nephews, extended family members, and close friends. He is preceded in death by his parents; and brothers, Harold Creekmore, Jack Creekmore, Ronald Creekmore, Arnold Joe Creekmore and Johnny Ray Creekmore.

Titus Funeral Home and Cremation services is entrusted to the care of Don. Friends and family may gather for visitation on Friday February 11, 2022, from 11:00 AM until 2:00 PM at God’s Highway to Heaven Church, 555 Webber Street in Warsaw. The Life Celebration® will begin at 2:00 PM with Pastor Bob Brown officiating.

Memorial gifts may be directed toward final expenses, care of Titus Funeral Home.


To order memorial trees or send flowers to the family in memory of Donald Creekmore, please visit our flower store.