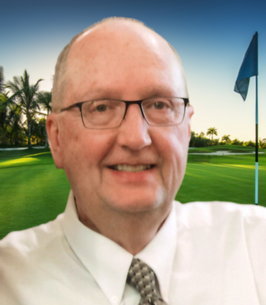 Don was born to John and Marceil Conley on Mother’s Day, May 9th, 1954, in Austin, Texas. He moved to Warsaw in 5th grade from Silver Lake. He was a 1972 graduate of Warsaw Community High School. He retired from R.R. Donnelley in 2009 after 36 years. His favorite job was a Kim’s Foodmart/Lassus Handy Dandy, best known as the “Cooler Guy” for 20 years.

On September 6th, 1975, in Greenville, Ohio, he married Lucinda A Miller. Together they raised two daughters, Mandy and Sheena. He was a beloved Papa to 9 grandchildren and 1 great granddaughter.

Don was an avid golfer, having played for over 50 years and in 13 different states. He loved watching sports on TV and in person and checking out new cars. Don and Lucinda enjoyed traveling including many family beach vacations and visiting National Parks as well.

Don and Lucinda attended Christ’s Covenant Church where Don enjoyed being apart of the greeter and usher ministries and loved their life group. Don was also a volunteer coach for Special Olympics.

Titus Funeral Home is entrusted to the care of Don. Friends may join the family for visitation at 11 am on Friday, February 25th at Chris’s Covenant Church, Winona Lake. The service will begin at noon with burial to follow at Warsaw’s Oakwood Cemetery. The service will be live streamed on christscovenant.org.

In lieu of flowers, donations can be made to Christ’s Covenant Church or Healthwell Foundation.org.


To order memorial trees or send flowers to the family in memory of Donald Conley, please visit our flower store.