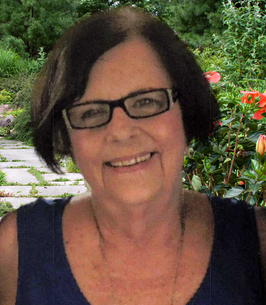 Born in Chicago Heights, Illinois on September 7, 1946, Dianna was the daughter of the late Harold Junior Bisig and Adaline (Woodruff) Russell. She essentially grew up on Barbee Lakes and graduated from North Webster High School before attending Indiana University and Ravenscroft Beauty School.

Dianna was feisty and occasionally stubborn but rarely knew a stranger. She was also very giving. She attended Warsaw Community Church when she could and was previously active in the Salvation Army Auxiliary. At home, she enjoyed HGTV, PBS and reading; she also enjoyed word games and is remembered for several special recipes which she often shared with those she cared about most.

Surviving with memories to cherish are two sons: Tyler (Jenny) Pequignot and Todd (Jill) Pequignot both of Warsaw; five grandchildren: Brandon, Bryce, Noah, Bailey and Brooke; great-grandchildren: Zuri and Logan; sisters: Pat Evans of Barbee Lake, Janet (Bob) Maloney of White Pigeon and Rita (Steve) Hoogenboom of Elkhart and brothers: Randy Bisig of Elkhart, Dan (Mindy) Bisig of Elkhart and Hal Bisig of South Bend. In addition to her parents, she was preceded in passing by her husband, Geoffrey Cross.

A Life Celebration® is planned for Dianna with Titus Funeral Home, 2000 East Sheridan Street, Warsaw where visitation will be held on Thursday, May 13 from 4 to 7 p.m. Her funeral will be held on Friday beginning at 11 o’clock in the funeral home. Burial will take place in Warsaw’s Oakwood Cemetery.

For those wishing to express their sympathy, Dianna loved flowers. Alternately, memorial gifts may be directed to Kosciusko Home Care and Hospice, P.O. Box 1196 Warsaw, IN 46581-1196. Written condolences may be left at www.TitusFuneralHome.com

To order memorial trees or send flowers to the family in memory of Dianna Pequignot-Cross, please visit our flower store.