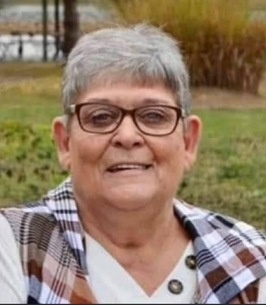 Born to Alan and Mildred (Whetstone) Grindle on January 11, 1953, Diane was a lifetime Warsaw resident. In fact, she spent much of her life in the same neighborhood where she was living currently and where she raised her family. Many knew Diane as the “neighborhood mom,” as she was incredibly kind, caring and loved unconditionally.

Strong in her faith and saved by Christ, Diane was a longtime member of Harrison Center Church. Professionally, she was retired from Lake City Bank’s downtown location where she was a teller for nearly 35 years.

Nothing pleased Diane more than time spent with her family and friends. A list of those who survive includes her husband of 36 years, William “Bill” Burr of Warsaw; son, Michael Lucas (wife, Stacey) of Rineyville, KY; daughter, Cassie Burr (fiancé, Jason Goble) of Slidell, LA; and brother, Kim (wife, Linda) Grindle of Warsaw. Also surviving are five grandchildren: Chase, Aaron, Jacob, Makia and Emma; nephew, Rob Grindle; niece, Lisa (Blaine) Goon and a special, longtime friend, Jackie Bettinger. She was preceded in passing by her parents; her son, Matthew Lucas who passed earlier this month and by her first husband, David Lucas with whom she remained close, even after their divorce.

Arrangements include a private viewing and graveside. Later, a Life Celebration® will be held for Diane and her son, Matt. Details including time and date of the memorial will be released by Titus Funeral Home who is caring for the family.

Memorials may be directed to Harrison Center Church, 965 S. 800 West Etna Green, IN 46524.
To order memorial trees or send flowers to the family in memory of Diane Burr, please visit our flower store.