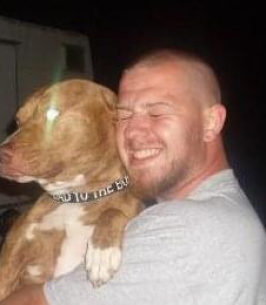 Born on October 5, 1984, in Wabash, Indiana, Derek was the son of Allen Krichbaum and Lynn Plummer. He was the youngest of twins and one of four brothers. He attended Warsaw Schools and spent most of his lifetime in Warsaw.

An ornery, boisterous person, Derek spoke his mind and wasn’t afraid to share his opinion. He was also selfless and big-hearted, willing to help those he cared about without question. He liked sports of all kinds, especially the Packers, Ohio State, the Lakers and the Yankees; his favorite teams to watch were those his kids played on – he loved watching his kids compete and grow.

A Life Celebration® Gathering is planned with Titus Funeral Home and Cremation Services, 2000 East Sheridan Street, Warsaw where friends may join to support the family on Friday, September 17, 2021, from 5:00 to 8:00 p.m.

To order memorial trees or send flowers to the family in memory of Derek Krichbaum Sr., please visit our flower store.