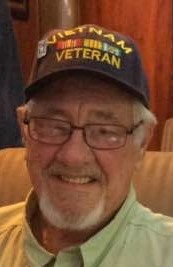 He was a lifetime area resident, graduated in 1964 from North Webster High School, and was a United States Army veteran. He was married on April 4, 1970 in Poneto, IN to Kathy L. Sills who survives. He retired from Dana Corporation in Syracuse after 28 years and formerly worked at Dale Ross Dry Wall in Warsaw for several years.

He was a member of the American Legion Post 253 in North Webster.

Preferred memorials may be given to the American Legion Van Fund, P.O. Box 131, North Webster, IN 46555.

To order memorial trees or send flowers to the family in memory of Dennis Dale Ross, please visit our flower store.