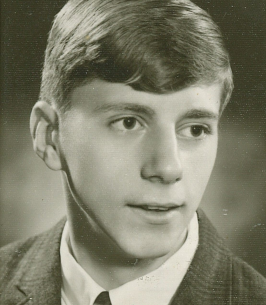 David J. Bertman, age 73 of Warsaw and previously a longtime resident of Mishawaka, passed away unexpectedly on February 26, 2021 at Lutheran Hospital in Fort Wayne.

Born in South Bend on December 27, 1947, David was the son of John and Esther (Baranowski) Bertman. He was a graduate of South Bend’s Central High School and was united in marriage to Lynn Madaras on May 8, 1976 though she preceded him in passing on January 5, 2009.

David was a hard worker having worked in drafting, CAD and as a welder for several companies in St Joe and Elkhart Counties. He retired from full-time employment with Utilimaster and had worked for Martin’s Supermarkets since. He was a member of the American Legion in Mishawaka and North Webster, enjoyed golfing and bowling and is remembered for his ornery sense of humor.

Blessed to find love twice, David was engaged to Barbara Hudson who survives in Warsaw. Also surviving are his two sons: Eric Bertman and Aaron Bertman of Mishawaka; granddaughter, Kendall Bertman of Destin, FL; grandson, Nolan Bertman of Elkhart; two nephews, Chad and Scott Darnold of South Bend and niece, Jessica Markin of Walkerton at Koontz Lake. In addition to Lynn, David was preceded in passing by his brother, Phillip.

Assisting the family is Titus Funeral Home, 2000 East Sheridan Street, Warsaw where friends may gather for visitation on Thursday, March 4, 2021 from 4 to 7 p.m. At 7 o’clock, Titus Funeral Home’s Sharon Brockhaus will officiate David’s Life Celebration® service. A graveside committal will be held at St. Joseph Cemetery in South Bend on Friday, March 5, 2021 at 11 a.m.

In lieu of flowers, the family as asked that expressions of sympathy be made as donations to your local American Legion.
To order memorial trees or send flowers to the family in memory of David Bertman, please visit our flower store.