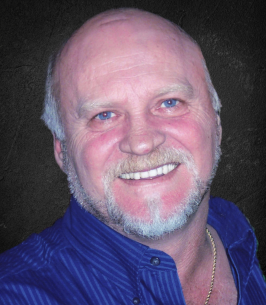 Danny Lee Stanley, age 70 of Silver Lake, passed away on Sunday, May 23, 2021 just before 3 p.m. His passing was unexpected and leaves a host of friends and family broken hearted.

The son of Reverend Aaron Stanley and Nadine (Shirey) Stanley, he was born in Warsaw on September 8, 1950 He was a 1968 graduate of Warsaw High School, attending Ball State University after graduating and later serving honorably in the Army National Guard.

A hard worker with an entrepreneurial spirit, Danny was previously a farmer, a commercial truck driver and owner of a truck stop. He was an owner/operator of his own truck for many years, using his truck to safely move cargo across the US. In retirement, he was transporting R.V.s

Danny was friendly, boisterous and rarely knew a stranger. He was ornery, in a good way, and had a huge heart.
He especially enjoyed entertaining friends and family at the lake and for backyard cookouts where everyone was welcome. He was a Pittsburgh Steelers fan, enjoyed golf, John Wayne westerns and classic cars. Above all, Danny loved time spent with his family and especially enjoyed spoiling his grandchildren.

Preparing to celebrate their fiftieth anniversary, Danny’s wife, Marcia Miller Stanley survives; the pair met in high school at the Tippy Dance Hall and were united in marriage on October 9, 1971. Also surviving are two daughters: Kresta (Kevin) Burkholder of Mentone and Kyla (Ryan) Von Rueden of Mooresville, N.C.; five grandchildren: Hannah, Addison, Vince, Channing and Payten and two sisters: Gloria Jean (Michal) Weller and Marsha (John) Sands – both of Silver Lake. He was preceded in passing by his parents Aaron and Nadine Stanley.

A Life Celebration® is planned with Titus Funeral Home, 2000 East Sheridan Street, Warsaw where friends may gather on Friday, May 28 from 5 to 8 p.m. On Saturday at 10 a.m. in the funeral home, Pastor Terry Bradford will officiate Danny’s funeral service. Burial will follow in Oakwood Cemetery, Warsaw.

To order memorial trees or send flowers to the family in memory of Danny Stanley, please visit our flower store.