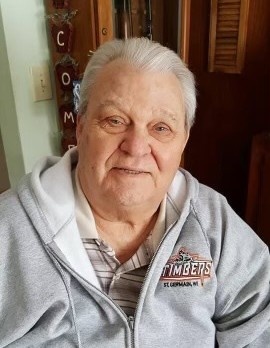 Daniel Cormany, a man with plenty of charm and an enormous love for his family and friends, passed away on September 14, 2021 at Lutheran Hospital in Fort Wayne, Indiana with family by his side.

Dan was born in April of 1942 in Atwood, Indiana to Donald and Ilah Cormany. He lived in many places in his 79 years, including Warsaw, Indiana, where he spent his childhood and met his future wife, Rosemary Call. Daniel was a proud member of the US Army, stationed in Newport News, Virginia, serving from 1960 to 1969. It was here on December 6, 1966 that he married his forever love, Rosie. Upon his call of duty, Daniel served as a Combat Engineer in the Vietnam War. After retiring from the Army, Dan and Rosie returned to Indiana where they grew their family. About ten years later, they made the venture to Ripon, Wisconsin with their five children including two stepdaughters (Sally and Susie), and three paternal daughters (Beth, Jill, and Nicole).

Often found with a serious face, those that knew Dan, where able to experience his heart of gold. He was a kind and humorous man, with a love for the wilderness. After his children were grown, you could often find Dan (known to many as Snuffy) in a deer stand, relaxing around a campfire, or teaching his grandchildren about survivalism. As an avid gun collector, Dan attended as many gun shows as he could. As life continued, this did not change, Dan soon called Montana home where he experienced the tranquility of the mountains. Upon moving back to the Northwoods of Wisconsin a few years ago, he still enjoyed watching the deer, but never missed a morning visiting with friends at his favorite diners. At the end of his life, Dan moved back home to Warsaw, Indiana. As a veteran, Daniel was the former Chief and Commander of the VFW in New Minor, Wisconsin and a member of the Moose Lodge #1423, and the VFW Post #1126 in Warsaw.

Dan was loved by so many and will be missed by all. His life truly came full circle, with each day full of all the things he loved so much. More than anything, he was ready to see his Rosie again. Daniel was preceded in death by his father, Donald, and his mother, Ilah, as well as two of his brothers, Samuel (Dorothy) and Jimmy. His love, Rosie, also passed in 2003. He is survived by his sister, Diane Lancaster and his five daughters, Beth (Jeff) Urbans, Jill (fiancé Ted Obermann) Anderson, Nicole (fiancé Mike Vanderbloemen) Cormany, Sally (Geoff) Dean, and Susie (Tim) Minch, as well as 10 grandchildren and 15 great grandchildren. Dan’s daughters would like to present a special thank you to Amy (Kim) Stephens, Dan’s niece, and his sister, Diane for making his final home in Warsaw a place surrounded with love and family.

A memorial will be held on Sunday, September 19, 2021 at the VFW Post #1126 (1350 W Center St) in Warsaw from 4-7 pm for family and friends to pay their respects and honor Dan. A full Military tribute will be held back in Wisconsin date yet to be scheduled, where he will be laid to rest with his wife. In lieu of flowers, please consider making a donation to your nearest VFW in Dan’s honor.

To order memorial trees or send flowers to the family in memory of Daniel Cormany, please visit our flower store.