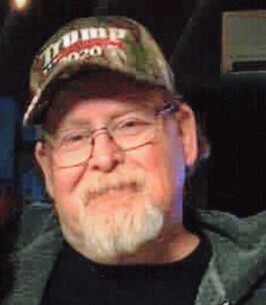 Daniel L. Caudill, of Warsaw, passed away peacefully surrounded by his family at his residence on Monday January 11, 2022, at the age of 64.

Born in Whitley County, Indiana on October 1, 1957, he was the son of Hershal and Ellie Caudill. He was united in marriage to his love, Julie Leedy on February 29, 1980. Dan worked at R.R. Donnelly for over 20 years and then later worked for Indiana Coated Fabrics until his retirement.

Dan was a character. He was always telling jokes and stories to anyone who would listen, especially his son and grandkids. His family was his number one priority. As an avid outdoorsman, Dan enjoyed fishing, hunting, and golf. He also loved to watch the Rams football games.

Those who survive to cherish his memories are his wife of over 40 years, Julie; son, Ryan Caudill; grandchildren, Arissa Caudill, Ryan Jr. (Dominique) Caudill, and Devin Caudill; 6 great granddaughters and one due in February; brother, Denny Caudill; and sisters, Karen Caudill, and Kim (Dave) Erwin. He is further survived by many nieces, nephews, extended family members and friends. He is preceded in death by his parents; sister, Kathy Williams; and nephew, Travis Williams.

Friends and family may gather for visitation on Tuesday, January 18, 2022, from 11:00 AM until 1:00 PM at Titus Funeral Home and Cremation Services, 2000 E. Sheridan Street Warsaw, IN 47580. Private burial will take place at Oakwood Cemetery, Warsaw. A Life Celebration® will take place on Saturday, January 22, 2022 at the American Legion 104 N 1st St, Pierceton, IN 46562 from 3:00 PM until 7:00 PM.
To order memorial trees or send flowers to the family in memory of Dan Caudill, please visit our flower store.