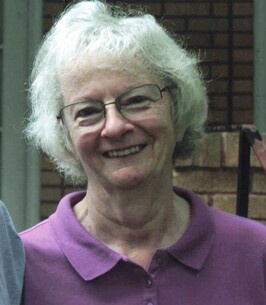 Constance D. Doberstein, of Warsaw, passed away peacefully surrounded by her family in her home on Sunday January 16, 2022, at the age of 78.

She was born in Knox, Indiana on September 11, 1943, the daughter of Leonard Whybrew and Marjorie Huffman. Coni was united in marriage to Daryl Doberstein on February 1, 1963, in Lakeville, Indiana and together they spent 49 years together until his passing in 2012. She worked at R.R. Donnelly for many years until her retirement.

A very quiet and laid back person, Coni spent most of her time at home. She enjoyed watching the birds and the outdoors. She had a sweet tooth and loved her cake.

To make a donation in Coni’s honor, memorial gifts are appreciated to the Animal Welfare League, 1048 S 325 E, Pierceton, IN 46562.
To order memorial trees or send flowers to the family in memory of Constance Doberstein, please visit our flower store.