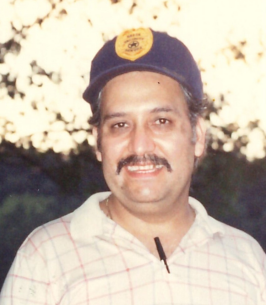 Clemente M. Ballin, Sr., age 68 and a longtime resident of Warsaw, passed away on Friday, June 4, 2021 at 2:43 p.m. in Kosciusko Community Hospital, Warsaw. He was born in Mexico on November 24, 1952 and was the son of Jose Lauro Vallin and Lubihilda Medina.

A hard worker, Clemente worked for Maple Leaf Farms for some time. It was there that he met the love of his life, Margarita Garza to whom he was wed on August 8, 1970. Clemente went on to spend more than 35 years with Dalton Foundry where he worked as a grind finisher and a forklift operator.

Clemente was a kind, giving person. He enjoyed helping others and was quite handy – he could fix nearly anything. He loved time spent with family; whether playing cards, visiting or barbecuing, time spent with his family was precious.

After nearly fifty years of marriage, Clemente was preceded in passing by his wife, Margarita. He was also preceded by his parents and sister. Those who survive with memories to cherish include two children: daughter, Juanita Silvestre (husband, Antonio) and son, Clemente “Rucko” Ballin, Jr. both of Warsaw; two granddaughters: Cynthia Martinez and Maria Velazquez and seven great-grandchildren. Also surviving are his brother and three sisters.

A Life Celebration® is planned with Titus Funeral Home, 2000 East Sheridan Street, Warsaw where visitation will be held on Tuesday, June 8, 2021 from 2 to 8 p.m. Mass of Christian Burial will be held on Wednesday, June 9, 2021 at Noon in Our Lady of Guadalupe Catholic Church, 225 Gillam Drive, Warsaw. Burial will follow in Oakwood Cemetery, Warsaw.


To order memorial trees or send flowers to the family in memory of Clemente Ballin Sr., please visit our flower store.

Our Lady of Guadalupe Catholic Church