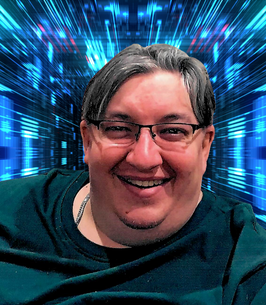 Christopher L. Robinson, known to most as “Chris,” passed away unexpectedly of a medical emergency on Thursday, July 22, 2021 in Indianapolis at Indiana University Hospital. He was 45 years old and spent much of his life in the Warsaw area.

Born on December 20, 1975, to Donald and Donna (Stevens) Robinson, Chris was a 1994 graduate of Warsaw Community High School. He went on to attend Vincennes University and spent much of his working career in the family business at Indiana Vac Form.

A friendly, fun-loving person with an incredible sense of humor, Chris loved all things Sci-Fi including Star Trek, Star Wars, Star-Gate and other live action films and TV series. He also liked animated Sci-Fi and comedies like Futurama, South Park, and Family Guy. He was incredibly smart and had an unbelievable memory. He was also quite handy and loved off-roading.

He owned a Jeep Wrangler which he was quite proud of and was in the early stages of re-building. He’d had the Jeep for many years and, though he loved it dearly, he’d put it through its paces. More than his Jeep and more than any forms of entertainment, Chris loved spending time with his daughters and family.

He was married on May 30, 1998 to Julie Osborne and became father to Dezirae (Robert) Wilson of Warsaw, and Brittany (Collin) Murray of Fort Wayne. Shortly after their union they welcomed daughter Sydney (Lloyd R. Ingram III) Robinson of Warsaw, into their lives. Together they shared twenty-three in total. He was also ecstatic to become a “Papy” to granddaughter Mackinze Wilson. He had a very close relationship with parents Don and Donna Robinson and enjoyed spending time with them, especially playing Jeopardy. He was preceded in passing by his dearly beloved infant brother, Eric Heath Robinson.

A Life Celebration® is planned with Titus Funeral Home of 2000 East Sheridan Street, Warsaw where friends may gather on Tuesday, July 27 from 2 to 4 p.m. and 6 to 8 p.m. Titus Funeral Homes’ Sharon Brockhaus and Chris’ closest friends will officiate his funeral on Wednesday at 11 a.m. in the funeral home. Burial will follow in Oakwood Cemetery.

In lieu of flowers, those wishing to express sympathy are encouraged to make gifts to the charity of their choosing in Chris’ memory.

To order memorial trees or send flowers to the family in memory of Christopher Robinson, please visit our flower store.