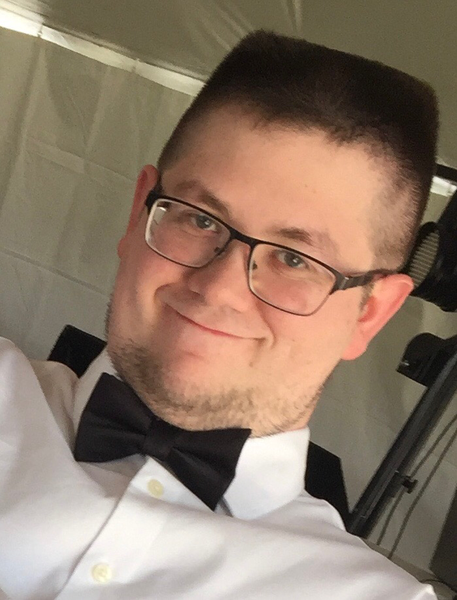 Christopher Thor Schmucker passed away on July 22, 2022 in his home in North Webster. Christopher was born on November 9, 1989 at Elkhart General Hospital.

Christopher loved Harry Potter and loved to read and waited each Christmas for the latest addition of the Guinness book of world records. He enjoyed playing Pokeman and Magic The Gathering card games and was an avid player of all kinds of video games. He especially liked playing these games with his little brother Erick. Christopher found all of God’s creatures interesting, he was the catcher of all kinds of bugs and was a loyal parent to many pets during his lifetime. He got a kick out of wearing shirts with funny sayings on them even though he was quiet and never had much to say. He felt best when he had a fresh Flat Top haircut. He loved Ranch on almost everything he ate. As a small boy, he loved to be read to and Fetch Flops Fetch was one of his favorite books. He would sit for hours if Grandma Schmucker was reading to him about dinosaurs. He made the Vitamin march a ritual every night before bed. When he was about three years old,  Christopher was given the nickname of “Beamer” by his Paw Paw Smoker. Christopher was loved by his brothers and sister and they will hold special memories of him in their hearts forever. He will be missed deeply by his entire family who will carry him in their hearts until they meet again.

Owen Family Funeral Home is entrusted with Christopher’s care. The family is grieving privately with no services scheduled at this time. In lieu of flowers, memorial contributions may be directed to Christopher’s parents. Condolences may be left at www.TitusFuneralHome.com.

To order memorial trees or send flowers to the family in memory of Christopher T. Schmucker, please visit our flower store.