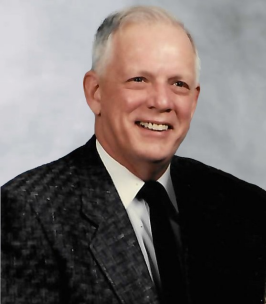 Chester Alan Bartol, age 93, passed away quietly on Tuesday, January 18, 2022 in Fort Wayne at Visiting Nurse Hospice Home. He was a longtime resident of Warsaw.

Born on July 19, 1928 in Warsaw, Chet, as most knew him, was the son of the late Fred and Lois (Fields) Bartol. He was a 1945 graduate of Warsaw High School and later graduated from Purdue University with a degree in Electrical Engineering. He was also an honorably discharged veteran of the United States Army, serving in the Electrical Warfare Division of the Signal Corps. Professionally, he spent more than 45 years in Orthopaedics as a distributor; he was the owner of Zimmer-Bartol Associates.

As a Purdue alumnus, Chet was a proud Purdue fan. He had run track in high school and while at Purdue and loved to cheer for Boilermaker sports, attending many basketball and football games throughout his life. He also enjoyed golf, travel and card games, especially Bridge. Most importantly, Chet was a generous, easy-going person who rarely complained and loved time spent with his family - of whom he was incredibly proud.

Titus Funeral Home and Cremation Services, 2000 East Sheridan Street, Warsaw is entrusted with Chet’s care. Friends may gather there on Sunday, January 23, 2022 from 2 to 5 p.m. On Monday, family friend Doug Lemon will officiate Chet’s Life Celebration funeral at 11a.m. with doors open for one hour prior. Burial will follow in Oakwood Cemetery.

Memorial gifts may be given to the John Purdue Club with envelopes available at the funeral home. Written condolences may be left for the family at www.TitusFuneralHome.com

To order memorial trees or send flowers to the family in memory of Chester Bartol, please visit our flower store.