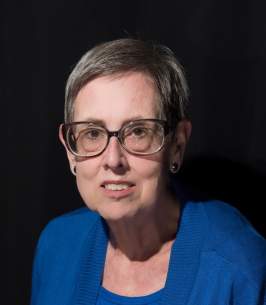 Born on September 6, 1946 in Rochester, she was the daughter of the late Delbert and Sylvia (Good) Griffith. She was a 1964 graduate of Pierceton High School. Later, she attended college in Hawaii and went on to graduate from Indiana University-Purdue University, Fort Wayne.

Carol was an ardent supporter of education and spent more than thirty years as a Speech and Debate coach. In her tenure, she was recognized as a Diamond Level Coach and earned a position in the IHSFA Hall of Fame. Few things meant more to Carol than helping her students reach their goals, often building up the underdog as a mentor and coach. Her selflessness and dedication is well-known in state and national speech circles.

Perhaps the only thing more meaningful to Carol than her time in education was her family. Carol loved time spent with her kids and grandchildren. She was an active member of First Christian Church, Warsaw and is remembered for her plucky personality. She is also remembered as a journalist and contributing columnist to several publications including the Warsaw Times Union.

A Life Celebration® is planned with the assistance of Titus Funeral Home, 2000 East Sheridan Street, Warsaw where visitation will be held on Thursday, April 29, 2021 from 4 to 8 p.m. A funeral which celebrates Carol’s life will take place on Friday, April 30, 2021 beginning at 10:30 a.m. in the funeral home. Pastor Matthew Rodgers will lead the service with burial to follow in Hillcrest Cemetery, Pierceton.

Memorial gifts may be directed to Premier Hospice who provided capable and compassionate care to Carol in her final days. Gifts may be mailed to 10315 Dawsons Creek Blvd, Suite J, Fort Wayne, IN 46825

To order memorial trees or send flowers to the family in memory of Carolyn Anders (Griffith), please visit our flower store.