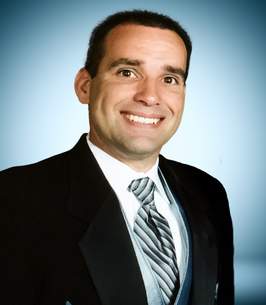 Carl B. Venable, Jr., age 52 of Beaver Dam Lake passed away at home on Thursday, January 27, 2022. He was surrounded with love from his family at the time of his passing.

Born on January 24, 1970 in Dallas, Texas, Carl was the son of the late Carl Venable Sr. and Donna (Fitting) Venable. He was a 1988 graduate of Whitko High School where he played several sports including football, which he played in the state championship.

Carl was a lifelong sports fan, but he was especially a fan of The Ohio State University, football and golf. He was a golfer himself, frequenting Rozella Ford Golf Course. He appreciated classic country music and time spent with friends and family – especially time on the pontoon and on the lake. Professionally, he spent most of his career with Paragon Medical in inventory control; most recently, he served as the supervisor of his department.

An unpretentious, simple person who rarely knew a stranger, Carl was truly the life of the party and was full of life himself. He is survived by too many friends to list. His surviving family includes his wife of thirty years, Wendy(Ferguson) Venable of Beaver Dam; daughter, Taylor (Cody) King of Oak Harbor, Wash.; brother, Mike (Nicki) Venable of Columbia City and sister Lisa (Steve) Rizor of Gonzalez, Texas.

Friends may join the family for a Life Celebration® and memorial visitation at Titus Funeral Home and Cremation Services, 2000 East Sheridan Street, Warsaw on Saturday, February 5, 2022. Visitation will begin at 11 a.m., the memorial service will begin at Noon. Family friend, Pastor Rob Sewald will officiate the service. Burial will be at Oakwood Cemetery, Warsaw.

Memorial gifts may be given to Beaver Dam United Methodist Church’s Wheels on Fire Cancer Crusaders program with envelopes available at the funeral home.

To order memorial trees or send flowers to the family in memory of Carl Venable Jr., please visit our flower store.