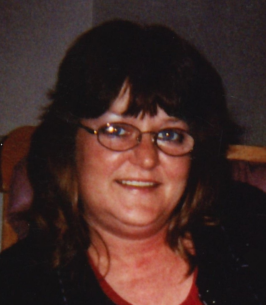 Brenda Hein, age 62 of Warsaw and a longtime resident of Kosciusko County, passed away unexpectedly in her home on December 27, 2021.

The daughter of William H. Justice and Ruth A. (Shepherd) Sharp, Brenda was born in Wabash County. She spent her formative years in Wabash, North Manchester and Pierceton.

Professionally, Brenda worked at Heinbaugh and as a waitress, among other positions. She was a fun-loving person who enjoyed making others laugh and could light up a room without trying. She was also private person and a homebody at heart. She had a terrific sense of humor and was very sarcastic. She loved music of all kinds, especially classic country and southern gospel; she held the Lord in her heart.

Titus Funeral Home and Cremation Services, 2000 East Sheridan Street is entrusted with Brenda’s care. Services will be announced for a later date. Memorial gifts may be directed toward Brenda’s final expenses while written condolences may be left at www.TitusFuneralHome.com
To order memorial trees or send flowers to the family in memory of Brenda Hein (Justice), please visit our flower store.