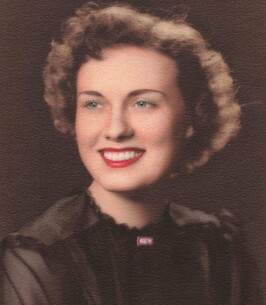 Born Barbara Lucile Kinsey on November 26, 1921 in Claypool, Indiana, she was the daughter of Ilo (Adams) and Edward Kinsey. She was a Burket High School graduate and was married to Thomas S. Guy, Jr. on November 13, 1943. They were married for 64 years before his passing in 2007. Barbara was a lifelong Kosciusko County resident, residing at Little Chapman Lake since 1974. Her mind still sharp, she lived on her own in to her 90’s. “Harold,” as some knew her, enjoyed crossword puzzles, collecting antiques, reading mysteries and sailing on the lake. She was an excellent seamstress, sewing many of the family’s clothes. Barbara was a member of First United Methodist Church of Warsaw for over 60 years.

Titus Funeral Home of Warsaw is assisting the family. Interment will be in Oakwood Cemetery though no services are planned at Barbara’s request. Those who wish to express their sympathy may donate to Kosciusko County Animal Welfare League, 1048 S 325 E, Pierceton, IN 46562 or to Chapman Lake Conservation Association, 3019 N 325 E, Warsaw, IN 46582.
To order memorial trees or send flowers to the family in memory of Barbara Guy (Kinsey), please visit our flower store.