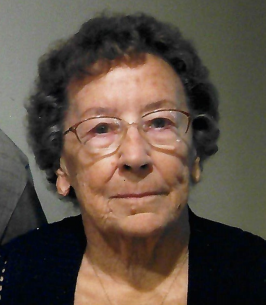 A daughter of Freddie O. and Florence (Rockenbaugh) Rink, Alice was born on June 4, 1925, in Elkhart County, Indiana.

She attended Millersburg schools and was a 1943 graduate of Millersburg High School, Millersburg, Indiana, where she was a cheerleader.

Upon graduation, she attended The South Bend College of Commerce and in later years, she worked in the photo department of The Goshen News and in the cafeteria at Waterford Elementary School.

Together they enjoyed fishing and camping. After retirement, the couple bought a home in Mission, Texas, and spent their winters there and summers back in Indiana, eventually establishing a home in Claypool.

Private family services followed by private graveside services will be held with Titus Funeral Home, Warsaw, handling the arrangements. Burial will be in Brown Cemetery, Millersburg. Pastor Rob Nelson of the Claypool United Methodist Church will officiate the service.

The family prefers that in lieu of flowers, memorial gifts in Alice's memory be directed to the Heartland Hospice, 2720 Dupont Commerce Court, Ft. Wayne, IN 46825 or to the charity of one’s choice.
To order memorial trees or send flowers to the family in memory of Alice Schrock (Rink), please visit our flower store.