To share your memory on the wall of William \"Billy\" Wing, sign in using one of the following options:

Born on November 3, 1968 in Owosso, Michigan, Bill was the son of James and Julia (Oginsky) Wing. He was a 1987 graduate of New Lothrop High School and held various positions before his adventurous, spirit and love for travel brought him to Costa Rica.

Bill was hard worker and an entrepreneur with many talents including carpentry, sales and coffee farming. He had a big heart and generous spirit. He loved to garden and enjoyed time spent outdoors. He liked fishing, hunting and all types of music (especially Rock and Country). His gregarious personality allowed him to make friends easily and he loved to entertain, especially if he could feed his guests - he was an astounding cook. He had a love for nature and a love for animals, bonding chiefly with his dogs, Honkey and Spike.

A free spirit with a giving nature, Bill often put other’s needs first. He was a loyal friend and a proud grandfather. Those who survive with memories to cherish include his daughter, Amber Wing of Corunna, MI; grandson, Jett Helias of Corunna; parents: James and Julia Wing of Corunna and sister, Holly (husband, Patrick) Ilada of Warsaw. Also surviving are several cousins including Christie (husband, John) Tackett and Jimmy Landes and many close friends, near and far. His grandparents preceded him in passing.

The family has entrusted Titus Funeral Home, 2000 E. Sheridan Street, Warsaw with Bill’s care. Locally, no services are scheduled. Friends may leave condolences for the family at www.TitusFuneralHome.com
Read Less

We encourage you to share your most beloved memories of William "Billy" Wing here, so that the family and other loved ones can always see it. You can upload cherished photographs, or share your favorite stories, and can even comment on those shared by others.

Dr. and Mrs. Corey Graham and Scott Palmer sent flowers to the family of William "Billy" Wing.
Show you care by sending flowers

Posted May 26, 2020 at 10:17am
Thank you all for the kind words, prayers, flowers, and cards. We will plan a celebration of life this summer.
Comment Share
Share via:
MT

Posted May 15, 2020 at 12:01pm
Jim & Julie, My deepest condolences to you in the loss of Billy. May God bless you and put his arms around you during this difficult time. Jim always talked about Billy and Holley and how proud he was of them during the years we worked together.

Posted May 14, 2020 at 03:50pm
Please accept our most heartfelt sympathies for your loss... Our thoughts are with you and your family during this difficult time. Thinking of you.

Posted May 13, 2020 at 09:22pm
I will miss you my friend, even though we drifted away over the years, I never stopped thinking about all the years we spent together as best friends

I’m so sorry to hear about Billy, so sorry Jim & Julie , Holly and family for your loss I couldn’t believe it when I was contacted about Billy’s passing. Scott Palmer
HI

Thank you
3 Comments | Show All 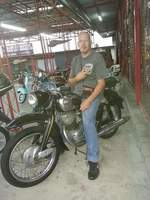 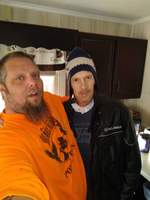