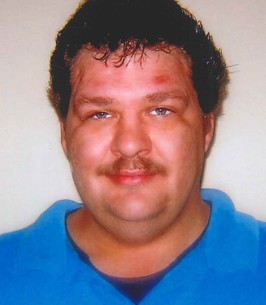 Share this tribute
Memorial Candles Lit for Vince Fletcher | SEE ALL
Light a Candle
"God Bless"
— Tonya Yates
"Our sincerest condolences. Please know that our staff is here for you, however we may be of service. "
— Cory Benz and the staff family of Titus Funeral Home.
Funeral Details Memory Wall Photos & Videos Send Flowers

Print
Vincent D. Fletcher, known to most as “Vinny” and to some as “Vince,” passed away at 5:59 p.m. on Saturday, October 27th in Fort Wayne’s Visiting Nurse Hospice Home. He was 47 years old.

Born in Warsaw to Shannon and Carol (Borders) Fletcher on November 20, 1970, Vinny was a 1989 graduate of Warsaw Community High School. He worked at LSC Communications, formerly RR Donnelley.

Vinny was an independent thinker with an often hidden but tender heart. He enjoyed music, especially heavy metal but also enjoyed Classical music from artists like Bach and Beethoven. He liked football and wrestling and was a Dallas Cowboys fan. He also liked reading Sci-Fi and Horror; his favorite author was Dean Koontz.

Friends and family will gather for viewing from 11 to 1 p.m. on Saturday, November 3rd at Titus Funeral Home, 2000 East Sheridan Street, Warsaw. Beginning at 1 p.m., Ken Locke of The Salvation Army, Warsaw, will officiate a celebration of Vinny’s life. Entombment will be in Warsaw’s Oakwood Cemetery.

Although flowers will be accepted, memorial gifts to Faith Mission, 1520 East Winona Ave., Warsaw, IN 46580, are preferred. Condolences may be left online through Vinny’s obituary at www.TitusFuneralHome.com

To send flowers to the family of Vince Fletcher, please visit our Heartfelt Sympathies Store.

We encourage you to share any memorable photos or stories about Vincent. All tributes placed on and purchased through this memorial website will remain on in perpetuity for future generations.

I was so sorry to read of your son's death. Please accept my condolences. I'm thinking of you.

I am very sorry to hear about your son. Vinnie. May GOD wrap HIS arms around you and give you comfort and peace.

BH
Carol - Thoughts and prayers for your family. I am so sorry. God is with you✝
Becky Hyde - Monday October 29, 2018 via Condolence Message

HH
Offering my heartfelt deepest sympathy for the loss of a beloved son. The only blessing is that he is not
suffering in our heavenly father's kingdom. My sincere condolences to you and family.

Our sincerest condolences. Please know that our staff is here for you, however we may be of service.