To share your memory on the wall of Timothy Gunter, sign in using one of the following options:

Provide comfort for the family of Timothy Gunter with a meaningful gesture of sympathy.

Print
Timothy M. Gunter, age 59 and a resident of Warsaw, passed away unexpectedly on Saturday, November 30, 2019 at Lutheran Hospital of Indiana in Fort Wayne.

Known by most as “Tim,” he was the son of the late Melvin F. and Bonnie (Kinzi... Read More
Timothy M. Gunter, age 59 and a resident of Warsaw, passed away unexpectedly on Saturday, November 30, 2019 at Lutheran Hospital of Indiana in Fort Wayne.

Known by most as “Tim,” he was the son of the late Melvin F. and Bonnie (Kinzie) Gunter. He was born in Warsaw’s Murphy Medical Center on November 4, 1960 and attended school in Warsaw. He spent most of his life in the Warsaw area.

Professionally, Tim worked as a mechanic for nearly forty-years. He was GM certified and was a master diesel mechanic. More personally, Tim was a Harley rider and loved time spent outdoors; he like fishing, hunting, camping, golfing and any activity which got him out in the fresh air and sunshine. When he couldn’t be outside, he liked bowling, having bowled several 300s in his time. He was very supportive of the Boy Scouts and was actively involved with them for many years - he held several positions within the District Committee.

Tim was easy-going with an ornery side. He loved to laugh and play pranks but could be rigid and strict when he had to be. He was a guitar player and a lover of classic rock, especially AC/DC. He was also a father of three and a grandfather of two – both positions he took seriously as he was proud to be a dad and grandpa.

A Life Celebration® is planned with Titus Funeral Home of 2000 Sheridan Street, Warsaw. Visitation will be on Friday, December 6 from 4 to 6 p.m. Beginning at 6 o’clock, Certified Funeral Celebrant Sharon Brockhaus will officiate Tim’s funeral. He will be buried in Oakwood Cemetery during a private graveside service.

Memorials may be directed to the Indiana Organ Donor Network, 3760 Guion Rd., Indianapolis, IN 46222.
Read Less

Donations are being accepted for: INDIANA ORGAN PROCUREMENT ORGANIZATION INC.

We encourage you to share your most beloved memories of Timothy here, so that the family and other loved ones can always see it. You can upload cherished photographs, or share your favorite stories, and can even comment on those shared by others.

Posted Dec 04, 2019 at 09:28am
Wishing you peace to bring comfort, courage to face the days ahead and loving memories to forever hold in your hearts.

Flowers were purchased for the family of Timothy Gunter. Send Flowers

Posted Dec 03, 2019 at 01:36pm
Please accept our most heartfelt sympathies for your loss... Our thoughts are with you and your family during this difficult time.

Flowers were purchased for the family of Timothy Gunter. Send Flowers

Posted Dec 03, 2019 at 11:14am
I had the privilege of working with TIm for 20+ years at TTP, and bowling with him for a lot of those years as well. He was quite the character and will be missed.
Comment Share
Share via:

Posted Dec 03, 2019 at 09:41am
So sorry to hear of Tim's passing. Praying God will give you peace during these difficult times.
Kathy (Overmyer) Goble
Comment Share
Share via: 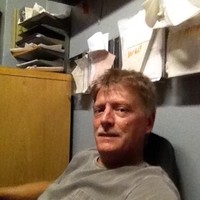