To share your memory on the wall of Thomas Smith, sign in using one of the following options:

Print
Thomas Douglas Smith, a resident of Etna Green, passed away unexpectedly in his home on Saturday, June 27, 2020. He was 50 years old.

Born in Brooklyn, NY on August 31, 1969, he was the son of Edwin O. Smith and Marie (Pastore) Scognamil... Read More
Thomas Douglas Smith, a resident of Etna Green, passed away unexpectedly in his home on Saturday, June 27, 2020. He was 50 years old.

Born in Brooklyn, NY on August 31, 1969, he was the son of Edwin O. Smith and Marie (Pastore) Scognamillo. He spent his formative years in New York and was a huge Yankees, Jets and Rangers fan. He was also incredibly kind-hearted and loved to joke and laugh. He loved his children, grandchildren and family deeply.

Those who survive with memories to cherish include four children: Jessica Smith, Camille Smith, Haley Smith and Kyle Smith – all of Virginia; mother, Marie Scognamillo of Etna Green and two grandchildren whom he adored, Jayde and Jamari. He was preceded in passing by his father; grandparents; brothers, Eddie and Dominick Smith and by sister, Mary DeCola.

A graveside service will be held in Warsaw’s Oakwood Cemetery. Date and Time of the service are pending. Care for Thomas has been entrusted to Titus Funeral Home.

Memorial gifts may be directed toward his final expenses at Titus Funeral Home, 2000 East Sheridan Street, Warsaw, IN 46580.
Read Less

Receive notifications about information and event scheduling for Thomas

We encourage you to share your most beloved memories of Thomas here, so that the family and other loved ones can always see it. You can upload cherished photographs, or share your favorite stories, and can even comment on those shared by others. 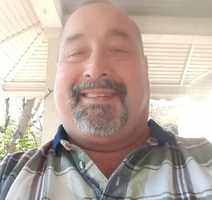